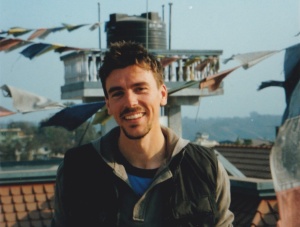 Some Reflections on Building a Library in Cyberspace

In February 1994 I bought my first copy of Sarat Chandra Das’s famous Tibetan-English Dictionary from The Oxford Book & Stationery Co. in Darjeeling. In the years that followed I lugged successive copies of ‘Das’, as we used to call it, back and forth, as I studied Tibetan and Buddhism in London, Kathmandu, Dharamsala, and elsewhere. And in time there were plenty of other dictionaries too in my backpack, along with all the grammar books and works of reference I could carry, not to mention the many Tibetan tomes I would be struggling with at any given time.

This is not to say that consulting dictionaries — much less carrying them — was the key to my becoming a translator. It was not, at least not by itself; even if one of my teachers did once hold up his well-worn, no-longer-bound-together copy of Jäschke’s dictionary as evidence of the kind of persistent page-turning required to master the language, in a sort of bibliophile version of Milarepa’s final instruction to Gampopa.

My luggage these days is a lot lighter than it used to be. Like most ‘neo-lotsāwas‘, I have a great many dictionaries, glossaries and other useful tools available on my laptop, and even on my phone. And I also have instant access to some 17,000 volumes of Tibetan texts through the phenomenal TBRC website, something quite unimaginable (to me, at least) back in the mid-90s.

Of course, technology can only take you so far. (Not so fast, Google Translate!) In my work as a translator, I seem to be continually seeking that illusive term or apposite phrase that will ‘bridge the abyss’, as Nabokov put it, between thought and expression. And for this, even electronic dictionaries are of limited help.

When I first set up the Lotsawa House website, the original idea was to record the experiences of a small band of trainee translators living and studying in a house in Boudha, Kathmandu (hence the name). Thankfully, however, things turned out rather differently. The training went ahead, but in Pharping rather than Boudha, and largely undocumented, while the website became a virtual library (cyberary?)— the translators moved out, you might say, and the translations moved in. From a few initial pages entirely in English, the House has now grown into a repository of more than a thousand (mostly quite short) texts in nine different languages.

Lotsawa House is only one of many sites out there at the moment making Dharma widely available. Most readers will be familiar with 84000.co, for example, which is publishing English translations of the sūtras and tantras. The fact that such projects are based online represents a dramatic shift away from texts as physical objects and towards digital Dharma. To me, at least, this is fascinating. For as much as I love good old-fashioned paper books — and I am surrounded by row upon row of them as I write this — I am also intrigued by the potential benefits of new technology. And while a published book might give the impression of being somehow definitive, an easily updatable e-text at least seems to acknowledge that all translation is by nature provisional.

Lotsawa House itself is constantly changing, as we clean and tidy the rooms (correct mistakes), redecorate them (refine translation choices), and build extensions (add new sections and material). For the moment there are no private suites, but the issue of restriction does come up from time to time, and whenever we are in any doubt as to whether or not to publish a particular text, we consult our lama advisors.

Still, translating and publishing canonical or classical works is really just the first stage in a much lengthier process. If the form of Buddhism taught in Tibet is really to make its home in the modern world, its truths, principles and values — above all wisdom and compassion — must be absorbed, realised, and (re-)expressed in new cultural forms — poetry, song, sacred music and architecture, not to mention the literature and arts of the future. This is ‘translation’ in the broadest sense, and, to some extent, it has already begun.

It might be argued that this later stage is largely beyond the purview of translators, who would do best to stick to what they know, without speculating too much as to the whys, wherefores and what-nexts. But even as we neo-lotsāwas attempt our delicate balancing act — taking care not to distort the meaning, while searching for the best ways to convey it — it is hard not to reflect on what lies ahead. What, for example, will (e-)texts look like in the future? To what extent can multimedia be employed in support of translations? And what impact will new technologies have on the way we work? While the answers might not be immediately apparent — at least to those of us who lack clairvoyance — the teachings tell us that intentions and aspirations can have a powerful effect in determining what might happen (ཆོས་རྣམས་ཐམས་ཅད་རྐྱེན་ཡིན་ཏེ། འདུན་པའི་རྩེ་ལ་རབ་ཏུ་གནས།).

In the meantime, we at Lotsawa House continue to host our VIP guests, some of the greatest figures from Indian and Tibetan Buddhist history, and to feature more and more of their work. The Buddha is in residence on the top floor (where a corridor leads directly to his other home over at 84000), and, for the moment, Mipham Rinpoche has the largest room. But everyone is warmly invited to come and visit. We are open all day every day. You can stay as long as you like, and you are even encouraged to take something with you when you leave. It is easy enough to download a few e-texts; or, better yet, to carry away the message they contain.