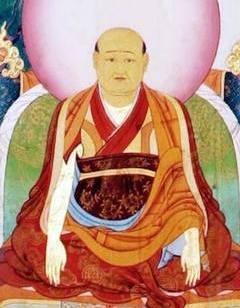 “There is, to my knowledge, however, no evidence in the biographical archive that Patrul had a relationship with Kongtrul […]. Kongtrul does not appear in Patrul’s biographies, nor does Patrul appear in Kongtrul’s autobiography.” (2012: 51)

It is indeed true that the principal biographies of these two great luminaries of nineteenth-century Kham make no mention of any direct contact or relationship. But this is not to say that the two never met at all.

END_OF_DOCUMENT_TOKEN_TO_BE_REPLACED

The following post is based on my paper at the recent IATS conference in Bergen entitled ‘Highlighting Unity: Two Approaches to Non-Sectarianism in 20th Century Tibet’. 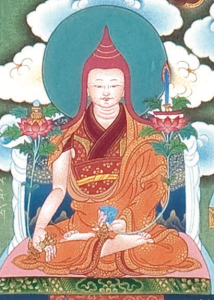 The story of the Rimé (ris med) Movement is well-known — at least in outline, if not in detail. Although scholars have debated the appropriateness of the term “movement” (a controversy which I shall ignore in what follows), the achievements of Jamgön Kongtrul (1813–1899), Jamyang Khyentse Wangpo (1820–1892), Dza Patrul (1808–1887), and many more, are beyond dispute. And most followers of Tibetan Buddhism these days are familiar with how Eastern Tibet, particularly the Derge region, became the hub of a spiritual renaissance in the late nineteenth century: how texts were collected (or revealed) and compiled; how study colleges and retreat centres were founded; and how teachings and practices were transmitted on a vast scale.

But how non-sectarian was this Non-Sectarian Movement?

Some have suggested that it might not have been entirely impartial or unbiased. For one thing, it had little or no involvement from members of the dominant Gelug school — an apparent omission that prompted Geoffrey Samuel to contrast “Rimé shamans” with “Gelug clerics”. And some have even portrayed the movement as a reaction against the Gelug, a deliberate challenge to its ascendancy through the strengthening of the other schools and the preservation of once-endangered lineages.

Clearly, the Rimé did indeed lead to a strengthening of the non-Gelug schools. But this strengthening did not require their merging or combining. This is a point made emphatically by Ringu Tulku in his 2006 book, The Ri-me Philosophy of Jamgön Kongtrul the Great: “Ri-me is not a way of uniting different schools and lineages by emphasising their similarities.” Rather, he says, it involves “an appreciation of their differences and an acknowledgement of the importance of variety to benefit practitioners with different needs.”