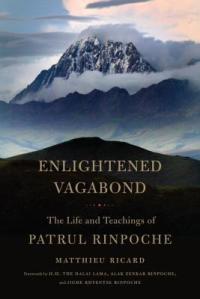 I imagine that most readers of this blog will be as keen as I am to read Matthieu Ricard’s forthcoming book, Enlightened Vagabond: The Life and Teachings of Patrul Rinpoche, which is due out (from Shambhala Publications) in July. Fortunately, the book is already searchable over on Amazon.com, and a quick hunt for some key terms and phrases brought up a little matter I would like to address — or rather, return to — below.

In a previous post, I summarised some of the issues surrounding the dates of Orgyen Tendzin Norbu (alias Önpo Tenga), the great nephew of Gyalse Shenpen Thaye, disciple of Patrul Rinpoche, and teacher of Khenpo Shenga. As I wrote at the time:

Biographical information on Orgyen Tendzin Norbu was hard to come by until recently, and his dates are still quite muddled in the various sources. Some, including TBRC [now BDRC], give 1851 as the year of his birth, but, as recently pointed out in a comment on the Treasury of Lives site (on the Khenpo Shenga article) [the comment is no longer accessible] this date no longer seems tenable. Tulku Thondup did not provide any specific dates in his biography in Masters of Meditation and Miracles (pp. 226–227), and noted simply that Orgyen Tendzin Norbu lived in “the 19th century.” Nyoshul Khenpo’s Dzogchen history (2005, p.482) offered 1827–1888, based on the idea that the master passed away at the age of sixty in the earth rat year (1888–9). Yet, according to Tendzin Lungtok Nyima (2004, p.594) in his vast history of Dzogchen Monastery and its associates, while Orgyen Tendzin Norbu did indeed live for sixty years, he died not in the earth rat, but in the iron rat year, i.e., 1900–1. This date, which has since been reproduced in other historical works published in Tibet, seems for the moment to be the most reliable.

Now, as if this picture were not confusing enough, Enlightened Vagabond adds an additional layer of complication. Matthieu has access to the main biography of Orgyen Tendzin Norbu written by Khenpo Shenga (which is not yet on TBRC/BDRC and hence unavailable to me), on the strength of which he proposes dates of 1851–1910. In a footnote (p. 245, n. 244), he writes:

The dates for Orgyen Tendzin Norbu are usually given as 1851–1900. However, in the biography of the master written by one of his closest disciples, Khenpo Shenga, it is said that Önpo Tenga passed away in the Male Earth Bird Year, which was 1910, and that he was then in his sixtieth year. Since Önpo Tenga himself is quoted saying that sixty was the life span predicted by his teachers, there can be little doubt about the year of his passing away, which is 1910.

Well, if we ignore the fact that the earth bird year corresponds more closely to 1909 than 1910 (beginning in February 1909 and ending in February 1910), or that some of us prefer a birth date of 1841, there is still something persuasive about this passage. After all, any information provided by Khenpo Shenga carries a certain undeniable authority. Nevertheless, there is at least one problem with adopting 1910 as the year of Orgyen Tendzin Norbu’s passing: that is that Jigme Tenpai Nyima’s commentary on Orgyen Tendzin Norbu’s final words, undoubtedly composed after that master’s passing (!), is dated in its colophon to early 1909. 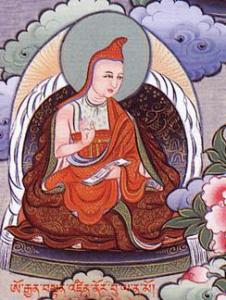 Enlightened Vagabond also cites Khenpo Shenga as specifying that Orgyen Tendzin Norbu was in his fifteenth year when his great uncle Gyalse Shenpen Thaye passed away. This works well with the 1841 birth year, as Shenpen Thaye is usually said to have lived until 1855, but less so with 1851. Matthieu (p. 244, n. 233) seeks to resolve this by following those who date Shenpen Thaye’s death to 1865 or 1866, and notes that a recent biography suggests that Shenpen Thaye might even have lived until 1869 or 1870. One problem with these late dates, however, is that the official reincarnation,[1] the Second Gemang, Tenpai Nyima, is thought to have been born in or around 1857, and while it is not unheard of for an incarnation to be born before the death of his or her predecessor, it is unusual. (There are further intricacies, too, connected with Gyalse Shenpen Thaye’s dates, but perhaps they deserve a post all of their own.)

For the moment, then, maybe we can continue to say that the most reliable (or least problematic) dates are 1841–1900. Of course, this leaves unanswered the question of why the biography by Khenpo Shenga would contain such an error, but it is difficult to address this without direct access to the text. More clues might also be provided in future by a thorough study of the biographies of Orgyen Tendzin Norbu’s students. Meanwhile, let us conclude with two further points/questions:

If Orgyen Tendzin Norbu lived until around 1909 (when Jigme Tenpai Nyima wrote about his final words), is it not likely that Khenpo Ngawang Palzang would have sought to receive teachings from him after arriving at Dzogchen Monastery in around 1900? Yet there is no mention of this in the latter’s autobiography.

Orgyen Tendzin Norbu was among those who requested Jamgön Mipham to compose The Treasury of Blessings, the celebrated ritual practice focusing on Buddha Śākyamuni. Mipham completed the text in the first month of the iron rat year (around February/March 1900) after Orgyen Tendzin Norbu repeated his initial request and asked that the work be finished quickly (myur du grub par gyi zhes). Might the urgency here have been that he was sick and knew that he was approaching the end of his life?

I apologise for the rather technical and protracted nature of this post. Still, at least I managed to avoid writing terminus post quem or terminus ante quem, right? Well, almost. (And don’t forget to order Matthieu’s book, which — quite apart from all pedantic concerns about chronology — is sure to be wonderful.)

1. Khenpo Shenga, born in 1871, is considered an unofficial incarnation.